Answer to a Maiden's Prayer: A Look at The Ivy Tree by Mary Stewart 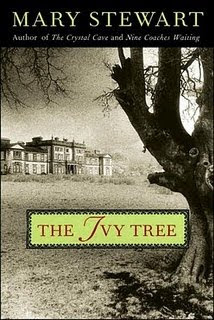 Growing Up is Hard to Do: A Look at Toy Story 3 "When a child loves you for a long, long time not just to play with, but really loves you, then you become Real." --Margery Williams, The Velveteen Rabbit

"How long will it last, Woody? Do you really think Andy is going to take you to college, or on his honeymoon? Andy's growing up, and there's nothing you can do about it." -The Prospector, Toy Story 2
When the first Toy Story came out in November 1995, I was eight years old. And I did not want to see it. Between the sensory overload and the inability to flee if the show got scary, going to the movies was always very stressful for me and so it took a lot for me to go. I remember liking Toy Story though. There were some tense moments (that Baby Doll head on spider legs!) but for the most part, I really enjoyed it. After that movie, I was positive my toys came to life when I wasn't there. Never caught them though. Anybody who was my age around that time probably remembers the fervor that followed that movie's release. It was everywhere. We all shouted "To Infinity and Beyond!" like we were getting paid for it and I still have the Woody I got with my Burger King Kid's Meal somewhere. It was a big deal movie. However, it wasn't until Toy Story 2 came out four years later that I really fell in love with the characters. I was twelve and had overcome most of the fears that made going to the movies so stressful. I remember I laughed until I couldn't breathe throughout but I broke down during "When She Loved Me." It was one of the first truly enjoyable movie going experiences I had.
Now I'm 22, a college graduate and a very reluctant grown up. Most of the toys I played with when I was eight, the same toys I was so sure came to life when I wasn't there, are in the attic. So when I heard the premise of Toy Story 3, naturally it hit close to home. In Toy Story 3, Andy, the imaginative little boy who loved his toys so much in Toy Story and Toy Story 2, is now a teenager getting ready to go off to college and faced with the dilemma we all face: keep your toys or give them away?
I'm not going to get too into the particulars of Toy Story 3. You should go in knowing as little as possible. It's a great movie. I've known these characters for 15 years and Toy Story 3 drove home how much I've come to care about them. The story was well-developed, incredibly funny and almost overwhelmingly sad. I've always admired Pixar's bravery about subject matter and this movie is no exception dealing with themes like abandonment and obsolescence. There are several moments here that are very dark and very tense. Bring tissues.
This movie also meant a lot to me because of where I am in the scheme of things. I feel like I've grown up with Andy. I was eight years old when the first movie came out and so was he. When Toy Story 2 came out, I was a little older and so was he. Sure, it took him a little longer to get to college but that's Hollywood for you. I identified so much with what happens in this movie because I've been with it since the beginning. The end of this movie felt like the end of an era. Mine was the first generation to get to know the Toy Story characters. Now we're all grown up. I remember when I first saw the trailer for Toy Story 3, I actually leaned over and hissed in my friend's ear, "Andy would never give Woody and Buzz away," but as soon as I said it, I realized how few of my toys are still in my room. I still have my Pound Puppy Sassafras who came to college with me all four years and lives on the foot of my bed, but so many other things are gone, things I once thought I would play with forever. Don't be surprised if the adults in your theater are crying and the kids aren't. It's that kind of movie.
Sequels and franchises are a dime a dozen these days and most of the time they're crap, a transparent attempt to milk a successful gimmick as far as it can go. But that's not the case here. Every Toy Story movie has served to develop the characters and examine the existential dilemmas of being a toy. What do you when a new toy replaces you as the favorite? Is it better to be appreciated by thousands of kids or truly loved by one even if that one will eventually grow up and stop playing with you? And when he does grow up, what will happen to you? When I heard there was going to be a Toy Story 3, I groaned because I thought enough was enough. What could they do? How much older could Andy get? Now having seen the result, I realize that's the point. That's why there had to be a third movie. The story of the toys wouldn't have been complete without it.
So thank you, Pixar for making yet another awesome movie and for putting the Tupperware lid on my childhood with grace and dignity. It's been a great ride.